ABC threw a lot of emotions at us this week. Let’s recap (the first part of) them.

We start this week’s two-episode lineup at the Bachelor Mansion, where the bachelors have unanimously (minus Josh, who’s still here) decided on collared short-sleeve shirts. Josh wears a bro tank because douchebag.

The one-on-one date card is for Nick, who looks great in his henley. Me likey. He heads up the coast to meet Andi in Santa Barbara, where they ride their bikes from the wharf along my old running path.

Their date for the day is a mix of beaching, hiking and biking. Zoom in on abs, zoom out on view. They have a fine a time, and Nick seems worth dating. It’s all so normal and nice that I start wondering what brotastic activities are going on back in LA.

Ask and you shall receive. Pan to Andrew and Marcus—two of the more intense lads in the house—who are straight chilling as bros do: shirtless, poolside, and weighing the odds of Nick coming back with a rose. Andrew uses math to figure out Nick has a 50-50 chance. Stick to social media management, Drew Baby.

Back in SB, Andi and Nick are hiking and drinking wine. Amen. Nick admits he’s crushing on Andi, but not in the gangster way, in the middle school way, which makes me feel like his fate is sealed in heartbreak and trust issues post-Bach. 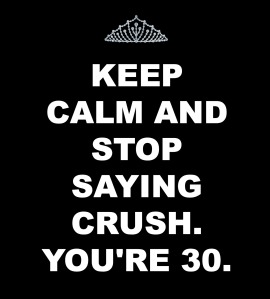 Dinner time. If we learned anything from last season, it’s that courthouse dinners are the new dinner on a yacht, so Andi and Nick head to the Santa Barbara courthouse for yet another candlelit dinner where neither person ever takes a bite of food.  (How do they continue being so nice to each other without any fuel in them!?)

The highlight of the night is Andi’s chandelier earrings, but Nick also admits that he dated his first girlfriend since he was in the womb. Andi asks how Nick is single. Scarred from his past relationship, yadda yadda. Stick your tongue in her mouth already. He gets the rose and then he does. Huzzah!

The next day, the group date kicks off with a bang at the world’s most romantic date spot: Music Academy of the West. But give ‘em a break, guys. This is the show’s nineteenth season, and there are only so many places you can picnic.

Most of the group is still waking up and adequately unthrilled about showing up at classical music’s mecca. Minus one. Brett is jizzing his pants in excitement already.

Inside, Boyz II Men serenade the group to “I’ll Make Love to You,” and I’m pleased with the guys’ reactions: mostly telling tales of touching their first butt and falling in love with their 7th grade girlfriends to these R&B legends. Marquel gets a little too stoked, calling their balland “one of the most iconic songs in the history of music.” Less rhapsodizing, more cookies, Marquel.

The only way to put what happens next is this: The guys suck at singing. They are so bad. A lot of them know they are bad, but some of them don’t, which is entertaining. At a certain point Boyz II Men gives up on the singing lessons and starts in on swagger best practices.

And with that it’s showtime in front of basically all of Santa Barbara on a stage at the outdoor mall. There’s a lot of weird whisper singing and dance moves that are meant to be sexy. This performance is The Confidence Gap in Boyz II Men impersonation form. If it wasn’t so entertaining I’d wish it would end sooner. Finally it does.

Back at the hotel, each of the best new artists is aching for some time with The Bachelorette. Andi plays that classically hilarious joke on Cody where you tell him you think he has a girlfriend. Ha. Dying. As if someone not on a reality show would date Cody!

Before the group date is over, Marcus is in need of some tongue STAT, so he makes some moves on an outdoor couch. I hate when people announce imminent kisses, but Andi plays it off well and gives Marcus the kiss he probably used voodoo dolls to make happen. Anyone else getting an obsessive, Bukowski vibe from him? He’s like the rosy-cheeked boyfriend they introduce in the first 10 minutes of a “Law and Order” episode. You just know he’s the fucking murderer.

Next up is Josh and his baby scarf. He too gets a kiss, during which he moans and tells Andi he wants to kiss her everyday. Ick. But Andi is totally falling for his “game,” and for that I want to whack her upside the head. I can’t stand this brochacho. A few episodes ago, she said was done “going for” professional sports players, and here she is going for the professional sports player. It gets worse.

Andi, who looks a bit tipsy and walk-of-shame-y post makeout with Josh, gives the rose to him, and suddenly me and Marcus are on the same page: piii-iiissed. I’m lecturing my TV on the reasons not to date bros/former athletes/guys whose necks turn scarves into thick bowties, and Marcus assures America that what Josh and Andi have is nothing on what he has with her.

Sun down, sun up. It’s the final date of the week, and it goes to JJ, the—let’s call a spade a spade—tailor/sweatshop manager. It’s his first one-on-one date, and he wears the first date garment of champions: pants of one color with pockets of another. But not for long.

Further proof that The Bach is scraping the bottom of the barrel for date ideas, JJ and Andi transform into old people. For their date. At this rate next season’s best dates are going to be cleaning the Bachelorette Mansion pool and watching the producer’s kids.

Undeniable, however, is the talent that goes into turning them into an old couple. JJ’s newly created bald head is gag worthy. This date also marks the first time wrinkles have ever appeared on the Bachelorette.

In their geriatric garb, they hit the town via scooter. They make fools of themselves in the park, playing catch, giving/getting piggyback rides, and tour basically all of the benches in Santa Barbara County. It’s all very Johnny Knoxville.

Later they have dinner on a couch, which proves my relationship has still got it. JJ talks about his goofballness and how because of it he fears he’ll end up alone. I heart goofballs, so I ate this shit up. So did Andi. He gets the rose.

In real-life sad news, Ron excuses himself from the show after learning of a friend passing.

At the start of the cocktail party, Andi is sad for Ron and thanks the guys for taking time away from their outside lives to be there with her. They actually did that.

Cue musical couches. Aaaaand cue flower delivery from Nick, which arrive during Andi’s one-on-one time with Eric and begs the question why no one has ever done this before. Andi beams as SHE READS THE ENTIRE LETTER IN FRONT OF ERIC. Come on, girl! As soon as you know who it’s from, bookmark that shit for later.

A few more things happen before the rose ceremony.

JJ and Josh team up in the driveway to brew some drama. They decide to approach Andrew about a number he supposedly bragged about getting from a hostess. Realistically, it was the curbside delivery girl at a Chili’s. The most interesting thing about this to me is that the bachelors left the house at some point. I always wondered what they did.

Anyway, JJ and Josh approach Andrew to chat about whether he’s there for the right reasons. Andrews tactic is to deny, deny, deny, and then hide underneath the table. Just kidding. He runs to his room and slams the door.

Meantime, Marcus and Andi make out in a bush and he gives her a note. He even uses the L word, saying “he’s moving toward love,” which means he’s already in love with her and he knows he can’t say it yet. I’m so sure.

Finally it’s rose ceremony time. Patrick is sweating, probably thinking about life without Andrew since the phone number drama came out. Who will he talk F1 with? But his worries are unfounded.

Brett/Haircut and Bradley say their final goodbyes. Brett’s sad, but not as sad as Bradley who sheds some dinosaur tears over the realization that he “loves to love and loves to be loved.” Ay carumba.

P.S. If you like email, sign up for ours. You can get an email every time we post by entering your email address at the bottom of the page.

P.P.S. Did you know we’re also on Twitter? We live-tweet every episode, often while drinking wine and yelling at the TV. It’s a good time.