ANNND WE’RE OFF. How’d your drafting go? Think you got a team of ringers? With 30 contestants, it was harder than ever to pick this season. Here’s what went down.

As is custom in Bachelor premieres, we get to know our “new” Bachelor by letting his body do the talking. Nick’s abs go running, Nick’s abs take a shower, etc. The scene basically cuts straight from Nick’s groin in the shower, to his 45-person family sitting around a picnic table and discussing his TV dating career. Nick gets dating advice from his little sister Bella, who we have all now seen grow up on TV. She implores Nick to pick up the girls in “cool rides,” make eye contact, stop mumbling, and be honest about his thoughts. All in all, pretty solid advice. Bella is one of the more rational women we’ll meet this episode.

But first! Nick needs to talk it out with some former Bachelors. It makes sense for Sean and Ben to be there, as they have been successful on this show. Chris, go home. Your corn needs you. As far as pep talks go, I’d give this one a 4/10. They spend more time reminding Nick that many viewers hate his guts than they spend on anything else. In the end, they assure him that they really like him, so surely he’ll be fine. Nick seems scared.

We meet a handful of girls via their pre-show interviews, getting a glimpse into their careers, whatever recreational activities they choose to do in a bikini, and their favorite spots to stare off into the distance and consider their love lives.

First, we meet Rachel and immediately she is not like the others. She has a career as an attorney, is age-appropriate for Nick, walks down the street in comfortable shoes and a reasonable dress, and dances around her apartment vacuuming in her spare time. Put a ring on it, Nick.

Then there’s Danielle who owns several nail salons and Vanessa, a trilingual special needs teacher. I like both these ladies, but as a former teacher, I call bullshit on Vanessa walking the halls of her school in stilettos. Girl, please. Show us your Danskos. 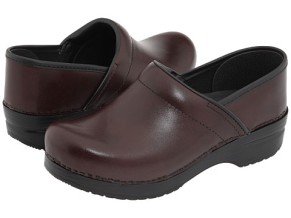 We get a little taste of Josephine, who fell right into the producers’ trap. They film her meowing to her cat, shouting to innocent passersby on the boardwalk, and playing both parts in a conversation between her and Nick. If you look closely enough, you can see a faint expiration date stamped on her head by the end of this segment.

And now for the main event: Corinne. “Corinne’s world is glamorous,” Corinne tells us. She “runs a multi-million dollar company” from her parents’ sunny Miami balcony while a poor woman employed as her “nanny” brings her sliced cucumbers. Despite the fact that she outsources snack preparation, this 24-year-old simply hasn’t had time to find true love.

We cycle quickly through the next batch: Alexis, the token weirdo — sumo costume, shark costume, aggressive NJ accent. Next. Raven talks about family, faith, football while walking on some abandoned train tracks. Clear eyes, full hearts, PIG SOOOOOIE. Got it. We meet Danielle M., a docile neonatal nurse and Taylor, a rollerblading mental health counselor. Finally, we have Liz, who boned Nick at Jade and Tanner’s wedding, declined to share her number with him, and then acts like it’s not fucking nuts that she showed up to date him on a TV show. More on her later.

The limo entrances are all horribly awkward. If the women aren’t shitting on Nick about his Bachelor past, they’re making sex jokes that would make even the most immature 6th grade boy cringe. There’s a lot of illusion netting, a camel, an UNCOOKED hot dog in a book (literally), a beard massage, the beginning of an incredibly unsexy rectal exam, and a dolphin in a shark costume. Nick alternates between looking tentatively happy and horrified the entire time.

The cocktail party proceeds just as we expect it to. Nick takes turns having three minute conversations with as many ladies as possible, while the group that he’s not talking to devolves into a paranoid mess — strategizing with early allies, spying on Nick and whoever he is talking to, and obsessively adjusting hair and dresses.

Nick speaks to Rachel first. They talk about their families and Rachel’s career and it’s quite nice. Nick’s into it and so are we. He spends some time with Christen, who is wearing neon yellow lace and reminiscent of Gloria (Isla Fisher) from Wedding Crashers. In other words, she’s crazeballs. She has a perma-smile and fawns over Nick’s ability to follow along as she instructs him to step in the shape of a square (they’re dancing, she says).  It’s a lot.

Chris Harrison comes in and silently sets down the First Impression Rose, which accelerates the emotional unraveling of a number of women. Time to go big or go home.

Corinne produces a burlap sack full of change, that she gifts to Nick. Nick, confused, asks if he is to exchange these for hugs. Think bigger, buddy.

Nick finally resigns to having a producer-mandated conversation with Alexis, the grown woman swimming in the pool in a shark costume. He will not concede that she is dressed as a dolphin. He has to draw the line somewhere. You have to admire Alexis’ commitment, gripping her cocktail in her fin, insisting that she is. not. a. shark.

Finally, Nick and Liz talk. Liz is surprised that Nick remembers her. Nick is surprised she expected him not to. I’m on Team Nick here. We’re not talking about a DFMO™ (dance floor make out) here. You’re not supposed to remember those. If you presented me with a lineup composed exclusively of men I’ve DFMOed, I would recognize 0%. But these two boned. In a twist, Nick let’s out the first “not here for the right reasons” of the season, not exaaaaactly accusing Liz, but not NOT accusing her either. She responds that she’s not the type of person to ask for someone’s number. Yes, that would be bananas.

Look, a lot of nameless faces went home: Angela, Briana, Ida Marie, Jasmine B., Lauren, Michelle, Olivia, and Susannah. We hardly knew ye. And by the looks of the season preview — buckle up, fantasy team owners. It’s gonna be a bumpy ride.

Did you know we’re on Facebook and also on Twitter? We live-tweet every episode, often while drinking wine and yelling at the TV. It’s a good time. Come tweet with us!

P.S. You can sign up to get an email every time we post by entering your email address in the widget at the very bottom of the page.